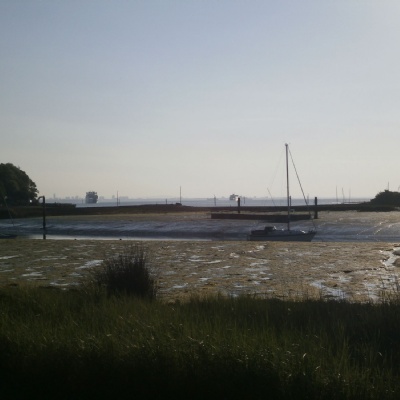 We were woken this morning to a rather loud conversation outside our cabin doors... and that was just Mrs Brown and her morning chorus! Nevertheless, the children were in great spirits, despite the distinct lack of sleep within the majority of the cabins... Our no noise curfew was not fully adhered to on the first night despite numerous protests from the staff. Some children were more chipper  than others, even choosing to start the morning with a daily mile up and down the path and surrounding field. Mr Levett would have been proud!

After ‘waking’ the children at 7:15 (or at least knocking to get them out of bed) the cries of “Is it breakfast yet?” rang out amongst the campus. Once we made it to the dinner hall, we were impressed at the children’s ability to eat quite so much! One child declared that he would be eating “a bacon sandwich on cereal” whilst another pleaded starvation after accidentally selecting the vegetable tart last night and stating that it would have been great “without the vegetable filling!”

Onwards and upwards... our first activity session saw children taking part in problem solving, orienteering, the giant swing, aeroball and many other fun-filled activities. Competitive spirit was rife and that was just between Mrs Hicks and Mrs Anacleto! Mrs Hicks tried in vain to enlist the help of Mr Burns and his navigational skills, only to find that her group had missed a key aspect of the task.  Rather than returning to the group leader after each orienteering discovery, the ‘chicken fries’ raced around the whole campus looking for clues, however, some of which no longer existed! The morning uncovered another hidden talent among some of the children - their archery skills; Bon-Bon the activity leader showed great resilience when 'attempting' to quieten some very excited girls when both Jack and Ethan received standing ovations for their impressive skills. A re-match may be pencilled in for later this week...

Lunchtime was looming and the children's body clocks did not fail them. By 11:30, children began questioning their leaders about the timing of lunch and by the time 12pm finally arrived, I think every group leader was jumping for joy! This cohort certainly know how to eat! We have been amazed at how adventurous the children have been when choosing their meals - the soup in particular has been a big hit - with some children trying to sneak up for third helpings.

On the subject of being adventurous, the children have done each and everyone proud with their determination and ability to overcome their fears. The afternoon continued with further activities including the giant swing, trapeze and problem solving trail. These activities did not fail to test both their mental and physical strengths, as well as giving us a few laughs along the way... The trapeze offered the children and staff the greatest number of laughs, with one child's harness being trapped in the fence, leading him to resemble a giant flying ant. Another child was convinced that the safety helmet had caused him to develop a premature bald patch and would not believe Miss Gould's reassurances that no hair was missing from his head.  Later in the afternoon, another child decided that two tries just simply were not enough, resulting in him requiring WD40 to exit his harness! We can assure you that safety measures are in fact up to scratch and that no children were harmed in the making of these memories!

Today also saw the first of many forfeits being dished out for failing to comply to our hat-wearing rule. Forfeits ranged from wearing tutus and Mrs Hicks' hair accessories to wearing their entire wardrobe at once, with some even wearing them inside out and back-to-front. What fun we have had! They will not be forgetting their hats again...

Sunbathing has been a popular activity today - temperatures rose far greater than Tonbridge has recorded in months, so the children (led by Dexter) collected their pillows and towels before heading to the grassy area to catch the rays. In amongst this excitement, the Biscuit Boys have set a trend with the remaining 84 children deciding on cabin names to decorate their doors - we currently have: Poisonous Peacocks, Fortnite, Lazy Nachos, Lil Fishes, Wimpy Moon Rules, Cringey Custard Creams and the originally named Girls Only!

So... In response to yesterday's quiz of the day...

Today's quiz of the day:

Again, we have loved spending the day with your children and sharing such memorable and life-changing experiences with them - we are all in need of an early night tonight in preparation for tomorrow's trip to the Needles.

Of course we could not leave without a vom-gate update to share with you all... As yet, we are approximately 22 hours clear of the nasty stuff and hope that this is indicative of the remainder of the trip, however with another boat and coach trip tomorrow, we just don't know... Fingers crossed!